This was the third time this workshop took place. The workshop is one of the core activities supported by an agreement among Department of Industrial Design, TU/e, School of Digital Media, JU, and the Science and Education New Town, Taicang, for mutual interests in digital media, industrial design and cultural industry. Under this agreement, the Sino-Dutch Design Center for Social and Cultural Computing was established in 2012, and one of the core activities of this center was to host and support international workshops that involve the researchers, designers and students from both TU/e and JU, fostering new ideas and concepts for cultural industry especially in the area of interactive public art installations. In this agreement, six workshops were funded with a budget of 120K Euros, with extra matching funding from Jiangnan University. Three workshops have taken place (two in April and November 2013, one in April 2014), involving 30 students and 5 teachers from TU/e, and 100 students and 7 teachers from Chinese universities, resulting in about 30 interactive prototypes. Some of these prototypes were later implemented as permanent demonstrators in the show rooms of Jiangnan University, and one of the early prototypes (Moon rising from Sea) have been implemented in full scale as a permanent installation in the city of Taicang. 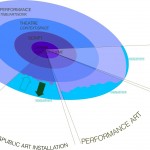 Although the theme of the workshops was kept the same, every time the workshop tries to explore different ways of designing. This time the focus was on experimenting with the techniques and elements inspired by the traditional performance arts – for example, how the performance arts manage space and time in theaters, and how the drama, script and theater interplay in the process of creating a performance. 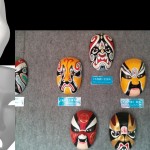 To prepare the students for exploring this technique, the workshop started with the presentation “Interactive Art Installation in Public Spaces: Learning from Performance Art”, by Yu Zhang, sharing her thoughts, observations and experiences from her PhD research and previous two workshops. Her presentation was followed by Prof.dr. Shimin Zhang from Jiangnan University, who has a PhD degree in theater and opera studies. His presentation was about “Performance studies and Interaction” and he claimed that “performance is interaction, and interaction is performance”, which for many was inspiring, but difficult to follow. He was questioned by the students, on how technology, interaction and meaning are related in his claim. The later discussions resulted in a shared understanding: “Technology is material for Interaction, and Interaction is material for meaning”. 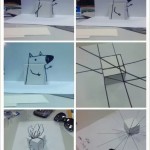 Several other hands-on sessions were also organized during the first two days to prepare the students for cardboard modelling (by Lucian Reindl), projection mapping in processing (by Mathias Funk), Arduino basics (by Jun Hu).

For a better understanding in how performance arts could inspire design, also for team building, several sensitizing workshops were organized for day two and three, supported by two dancers from Jiangnan University. Students were asked to act out a theme, a drama and later a script given by other groups using body languages and stage probs. On day 3, students were encouraged to visit local parks and museums to get inspirations for an interactive public art installation in a situated context, by observing and experiencing the local culture. The concept were then presented at end of the day, using acting-out techniques, reflecting on the drama and script part of the concept.

The workshop then continued with the mission of designing interactive public art installations, by combing physical forms of statues and architectures with the digital augmentation by projection mapping techniques. It went through three iterations – 1 day pressure cooker to get started, 2 days for the second iteration aiming at a finalized concept, and 4 days of refinement and prototyping. During this process, frequent coaching and reflection sessions were organized to reinforce the conceptualization using the structure of drama -script-theater in performance arts. Teachers also provided intensive technical support during the last days of implementation.

The final results were nine interactive prototypes. On April 18, an exhibition was open for the visitors from several universities, real-estate and digital media companies, newspapers and television, and the Science and Education New Town of Taicang. The exhibition was a success and the visitors were impressed by the demos and by how much the workshop could achieve in just two weeks. One of the visitors from a real-estate company exchanged business cards with the students and commented that “there is certainly a market for this kind of interactive arts of lights and shadows”. 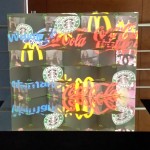 One of these prototypes was for example “Replication” by Emilija Marinković, Jiali Tang, Xiaoyun Zhang and Yuyuan Zhou. People walk past the wall and find themselves projected on it in a grid of delayed videos; each newly appearing video copying the previous one. Slowly, the influence and domination of the West is shown with an increasing number of logos which progressively overwhelm and cover the person and the scenery. The drama revolves around the idea that China is replicating the West, in particular America. This is based on the assumptions that the western way is the best way because being western means that you are developed. Therefore copying the western way means a greater amount of wealth. By doing this, the western culture is creating a new patina on top of Chinese culture.

Another example is “Yang Sheng”. Yang Sheng is an ancient Chinese Philosophy that translates to English as “preserve one’s health”. Throughout generations the practice of Yang Sheng has changed. Nowadays the practice of Yang Sheng is focused on both physical and mental health. Today people’s lifestyles have changed which asks for a development in the practice of Yang Sheng. Tai Ji is a sport which originates in China and is still popular today. However most of the young people in China no longer feel affection for this sport. Inspired on Yang Sheng this installation stimulates young people to do Tai Ji by making it more interactive using a Kinect to capture the Taiji moves of the visitors. The drama of this installation is the influence of western countries and modern society have caused a massive decrease in physical activity. Where in the past days people were able to practice the physical side of Yang-Sheng in their daily jobs, nowadays extra physical exercise is necessary to preserve the physical health. But this does not happen.

During the weekend, students visited Jiannan University, as well as museums, theaters, tea houses, lakes and parks in Wuxi and Suzhou to get more impressions of Chinese culture.

Next three workshops are planned for November 2014, April and November 2015. Several other funding bodies from government, industry and academia have shown their interests in follow-ups after 2015. 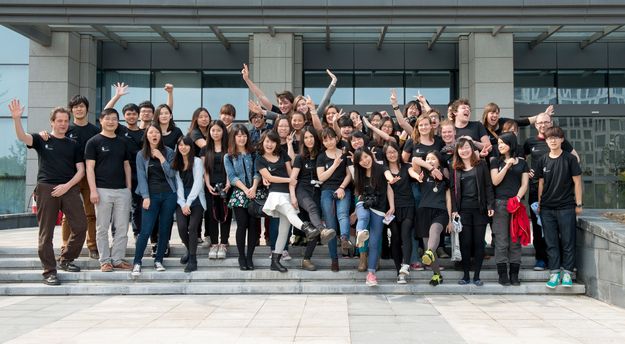 Other video clips by Lucian Reindl, to get some impressions about the workshop during these two weeks: